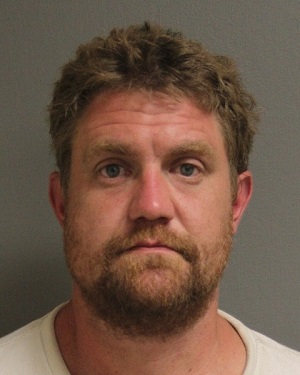 Warrants have been issued for the arrest of 34-year-old Michael Bonson of Nanaimo after he recently failed to appear in Nanaimo Provincial Court. Bonson is wanted for Resist Arrest, Possession for the Purpose of Trafficking x 5, Possess a Restricted Firearm, Possess a Prohibited Weapon, and Fraud.

Bonson has had several interactions with police throughout central Vancouver Island that have involved either drugs, illegal weapons or resisting arrest. The most notable occurred in late September of 2020 when an officer in Nanaimo pulled over a vehicle that Bonson was operating. During the traffic check, the officer formed grounds to arrest Bronson for possessing illegal drugs. Bonson resisted his arrest and a violent struggle ensued. During the melee, the officer deployed his Taser, however it was ineffective. Bonson broke free and managed to flee in his vehicle and was not located.

Just two weeks earlier, North Cowichan RMCP found Bonson in a parked vehicle. Officers arrested him after locating not only a quantity of illegal drugs but also a set of brass knuckles, an imitation firearm, drug sheets and scales. Charges are before the courts on from that incident.

Bonson is a Caucasian man, 5 ft. 11, 180 pounds, with short balding blonde hair. He is known to sport a moustache, goatee or beard, and the picture provided is relatively recent. If you have information on the whereabouts of Michael Bonson, please call the Nanaimo RCMP non-emergency line at 250-754-2345, and quote file # 2019-35462.