Kelowna RCMP would like to return these medals to their owners

The Kelowna RCMP would like to reunite WW1 Canadian Forces Discharge Certificate and WW2 Canadian Military medals with their rightful owners.

On January 7th, 2022 Kelowna RCMP officers located WW1 Canadian Discharge Certificate and WW2 Canadian war medals in possession of a Kelowna man who was confirmed not to be the rightful owner.

The Discharge Certificate of Corporal John Milliman Wintermute who served in both England and France and was discharged on May 17th, 1919 .

The medals have been identified as WW2 medals with no information who they where issued to.

The Kelowna RCMP has reached out to the Okanagan Military Museum initially to assist and other Canadian Military partners in hope to locate and reunite these important historical and sentimental items to their rightful owners.

As senior serving member of the Canadian Armed Forces it’s important to me personally these items of the ultimate sacrifice be returned back to the rightful heirs of those who have served with honour, said RCMP Corporal Ammo Vecchio.

If anyone has any information regarding these items to please contact the Kelowna RCMP at (250) 762-3300. 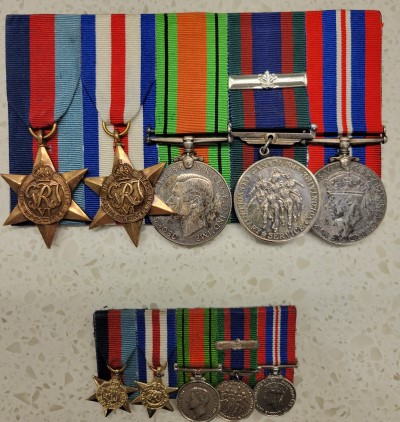 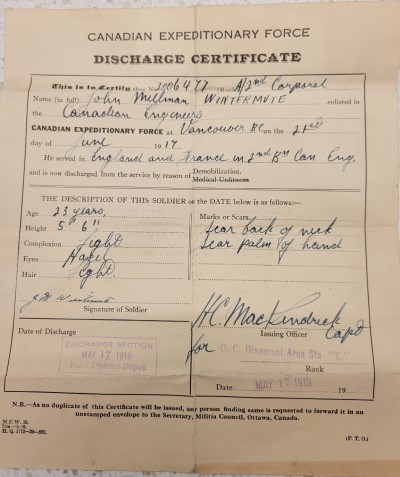