The Merritt RCMP weekly report contains information about a no charge decision and court outcomes. 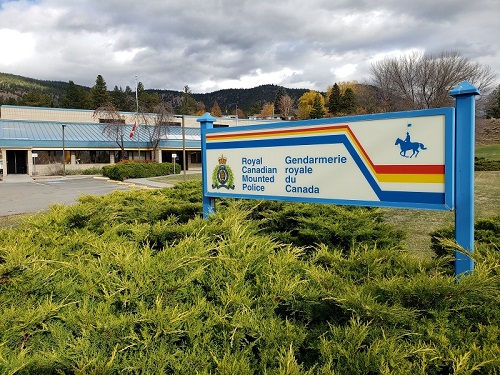 No charges for a Kelowna man after impaired driving

On June 5, 2021, Merritt Front Line Officers were called to the 200 block of Coldwater Road for a report of a man who was passed out in the driver's seat of a running vehicle. When officers arrived they found  black Audi running on the side of Coldwater Road with a man who was impaired in the drivers seat. The man was subsequently arrested and ultimately taken to hospital due to his level of intoxication. Blood samples were seized and examined by a forensic laboratory, which determined the man had high levels of Fentanyl and Methamphetamine in his system. The man was identified as a Kelowna resident with a very lengthy Criminal Record. The investigation was forwarded to Crown Counsel requesting charges for impaired operation.

On June 6, 2022, Kamloops Crown determined the public interest did not warrant a prosecution given that Crown would have to proceed by indictment and the Courts would impose a minimum sentence as the accused did not have history of impaired driving.

On October 15, 2021, Merritt Front Line Officers were called to the 500 block of Coldwater Road for a report of an assault, where it was alleged that Mr. Mark Archachan had struck a victim in the face with a garbage can.  Mr. Archachan was located days later, arrested and charged for Assault with a Weapon.

Between November 8, 2021, and June 1, 2022, Mr. Archachan failed to attend Court 4 times, causing police to have to locate and arrest him on 4 different occasions after his initial arrest.

On June 1, 2022, Mr. Archachan was arrested by police on his 4th warrant and taken before the Courts. He pleaded guilty to the lesser offence of Assault and received a suspended sentence and probation for 12 months.

"Having to chase offenders who fail to attend Court puts a huge strain on police resources and shows the lack of respect offenders have for our justice system", says Sgt. Josh Roda, "Mr. Archachan was not charged for any of the occasions he failed to attend Court."

On May 31, 2022, Mr. Jamie Koivisto pleaded guilty to multiple offenses that occurred in Merritt in 2021, including using a stolen credit card, theft under and obstructing a police officer. He received 45 days in jail credited and an additional 30 days in jail and probation for 1 year.