The Merritt RCMP weekly report contains a warning about speeding and information about new charges.

Just because the roads are clear doesn't mean you can speed!

It's now May, the weather is warming and the snow is melting, but that doesn't mean you can speed. The Merritt RCMP and Merritt BC Highway Patrol want to remind the public to slow down when travelling on our local highways. Yesterday, Merritt's BC Highway Patrol members took 8 excessive speeders off the highway, one travelling 187km/h in a 110km/h zone. Some of the occupants in those vehicles were not wearing seatbelts.

"Merritt doesn't have rental cars and the E-Bus is almost always fully booked", says Cst. Vickie Taylor with BC Highway Patrol. "If you drive excessive and get towed, it's your responsibility to find your way home".

If caught speeding excessively you could face a $368 or $483 fine with a 7 day vehicle impound. 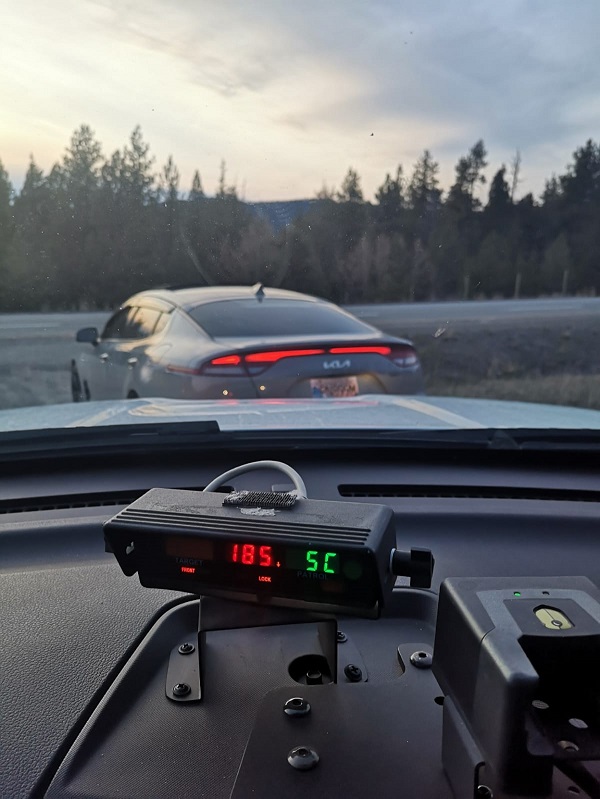 Merritt man charged after being caught in a stolen vehicle

On January 25, 2022, Merritt RCMP Front Line Officers were alerted to a stolen vehicle that was travelling toward Kamloops on Highway 5A near Nicola Lake. With assistance from Kamloops RCMP, a road block was set up, the vehicle was stopped and two occupants were taken into custody. The vehicle was full of stolen property, including knives and ammunition.

On April 28, 2022, Mr. Travis Crantz was charged with Possession of Stolen Property Under $5000 and Possession of Ammunition Contrary to an Order. He is set to appear in Merritt Court on May 3, 2022.