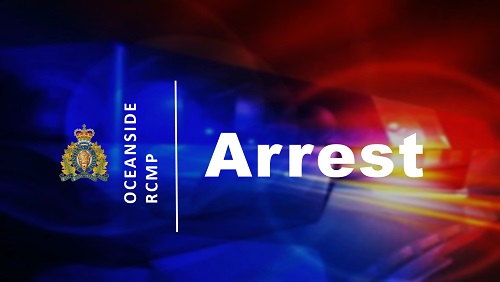 A 27-year-old man with no fixed address has been arrested for property offences committed in March and April 2022 in the Parksville area.

In the early morning hours of March 2, 2022 an alert Parksville resident reported seeing a man on their home video surveillance attempting to enter their parked vehicle. Oceanside RCMP frontline officers attended and arrested the man. Further investigation determined the man had rummaged through other vehicles in the area stealing various items. The stolen items were found in the man’s possession and returned to their rightful owners. The man was released to appear in court at a later date.

The 27-year-old man was arrested again on April 23, 2022 for an early morning break and enter to an underground storage unit in Parksville on the same date. The break and enter was captured on video surveillance where the man was observed stealing various items. The stolen items were found in the man’s possession and returned to the rightful owner. The man was released to appear in court at a later date with conditions not to be in Parksville.

In both of these incidents, video surveillance was critical to identifying this prolific offender and recovering and returning stolen property to their rightful owners, says Sergeant Shane Worth of the Oceanside RCMP