The Merritt RCMP would like to introduce Merritt's new Community Police Officer, Cst. Blake Chursinoff and want to thank Cst. David Feller for all the amazing work he did while in the role. 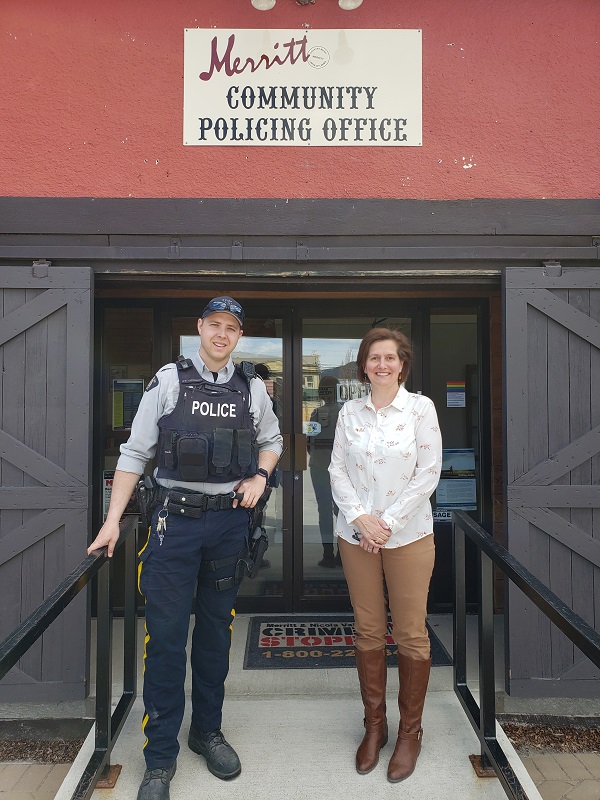 Cst. Blake Chursinoff, his wife, Raelene and their three children moved to Merritt in June 2020 after policing in the Northwest Territories for five years. Blake grew up in the interior of British Columbia and was excited to return to the Merritt area and raise his family. Having served in diverse communities North of the 60th parallel, Blake brings with him many community policing experiences and he is very excited to begin the community policing role in Merritt. When not at work, Blake enjoys hunting and fishing, as well as home and yard projects. Blake is eager to work with the community and wants to encourage the public to drop by the Merritt Community Policing office anytime on weekdays to meet him starting Monday, May 9th.

The Merritt RCMP would like to thank Cst. David Feller for all the work he did over the past two years in the position. Cst. Feller is remaining in Merritt, but is transferring back to General Duty in May.