A man has been arrested and a firearm recovered thanks to the assistance of Police Service Dog Jango.

On April 8, 2022 at 4:43 p.m., frontline officers from the Kelowna RCMP attempted to conduct a traffic stop, but the suspect allegedly fled on foot. Officers engaged in a foot pursuit and subsequently arrested the suspect a few blocks away.

Evidence suggested that the suspect, who was known to carry firearms, may have dropped a firearm nearby. Police Service Dog Jango was deployed and a search of the 1100-block of Sutherland Avenue resulted in locating a loaded 9 mm handgun in a backyard of a property and a few feet from an unlocked gate. 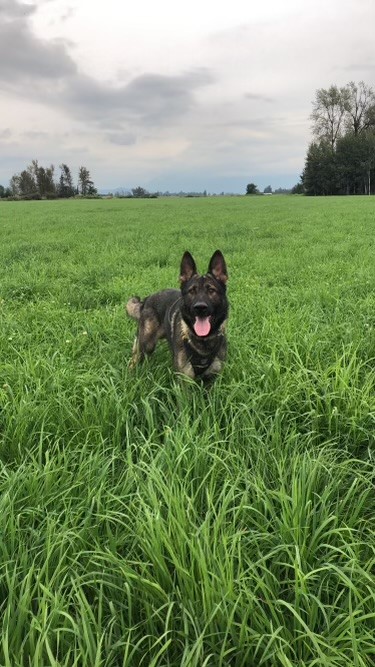 Officers later learned, the property on which the firearm recovered is frequented by young children and near a mall, a busy location for families.

The 39 year-old Kelowna resident’s first court appearance will be on May 5, 2022 where he may face numerous charges under the Criminal Code, which could include;

The highly trained Police Service Dog, Jango was instrumental in removing a gun from the streets of Kelowna and potentially keeping an innocent child from finding it, states Cst. Mike DELLA-PAOLERA, Media Relations Officer for the Kelowna Regional RCMP.