The Terrace RCMP responded to approximately 312 calls between March 4 and March 11, 2022. Below are a few highlights of calls for service received:

On March 8, 2022, eight individuals failed to attend court as directed, each on unrelated matters. No new charges were approved for failing to appear however, warrants were issued as a result. Police will make attempts to locate and execute these warrants.

The Terrace Speed Watch board is out again and has made its first appearances in local school zones. Cst Cates reminds the public to be aware of posted speed limits around town, especially in school zones. And although the flashing speed board is a great reminder for drivers to slow down, we need to be mindful of our speed even when the speed board is not flashing at us. Volunteers are being trained to participate in the Speed Watch program. If this is something that interests you, contact Cst Cates at 250-638-7400 to enquire about the program. 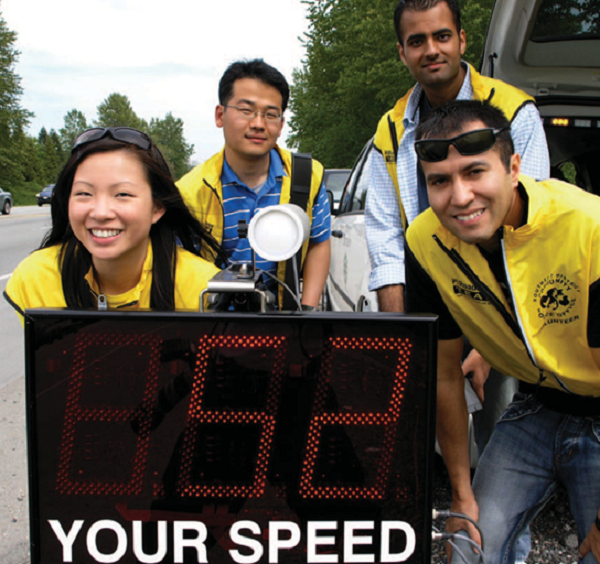 A woman reported to police that she had been in an online relationship with a man for a number of months. He had provided photos of himself but would never have video calls with her. Over the course of the relationship, the man had obtained her SIN number, date of birth, bank account number, and home address. He asked her to send him Google Play cards and said he would pay her back by depositing money to her bank account. The man made numerous online bank loan applications using her personal information. She reported the fraud to her bank and police are investigating the fraud further. Police want to remind the public that online dating Romance fraud is a very real thing. Click here to read more about how to protect against this.

On the afternoon of March 10, a man reported that he observed an old blue GMC pick up truck, with expired licence plates, park in an unused parking lot. Two men and one woman then walked away from the vehicle. Police attended and found that the plates were not a match to the truck. The VIN was checked for the GMC and the registered owner was contacted, confirming that it had been stolen. The truck was seized for further examination by the Terrace Forensics Identification Section and the matter is being investigated further. If you have any information regarding this vehicle or the suspects, please contact the Terrace RCMP at 250-638-7400.

At approximately 3:00 pm on March 10, police received a report of an assault at a local gas and variety store. The victim ran into the variety store yelling that he had been pepper sprayed. Staff assisted the man with washing out his eyes and called police, however he ran away yelling that he had a warrant. Officers attended the area with the Police Service Dog and were able to locate the man. His identity was confirmed and he was found to have four warrants. The man was arrested on the outstanding warrants and EHS was called to provide treatment for the pepper spray. Police are further investigating the assault.

If you have information about crime contact the Terrace RCMP at (250)638-7400 or anonymously through Crime Stoppers by telephone at 1-800-222-TIPS or online at www.terracecrimestoppers.ca.