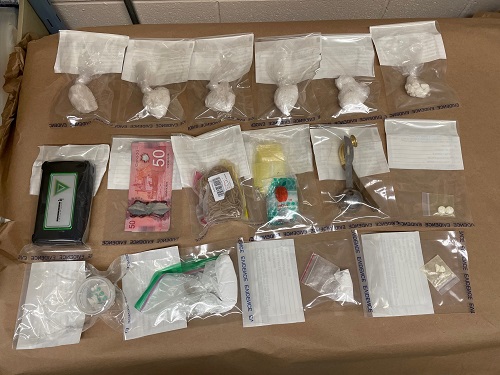 On the afternoon of January 29, 2022 Oceanside RCMP were alerted to a suspicious vehicle in Parksville where the driver was reported to be passed out in the driver’s seat. An Oceanside RCMP traffic officer attended to investigate and observed drugs in the vehicle. The driver was arrested and a search of the vehicle turned up suspected crack cocaine and crystal methamphetamine, weigh scales and cash.

The driver was subsequently released from custody and a fulsome report will be forwarded to the Public Prosecution Service of Canada for charge approval.

The packaging and quantity of the seized suspected drugs suggests they were intended for sale, says Sergeant Shane Worth of the Oceanside RCMP. This is another reminder that reporting suspicious occurrences to police is helpful in keeping our community safe and the Oceanside RCMP thanks citizens for continuing to report these types of occurrences.