During the month of January, Kelowna Regional RCMP officers worked together to reduce crime throughout the region and keep our communities safe. Through three separate investigations, officers recovered a significant amount of stolen property, they took prohibited weapons off the street, and they arrested a prolific property-crime offender.

The first property crime seizure was on January 13th, 2022, when the Kelowna RCMP Target Team along with assistance from Penticton RCMP, Lake Country RCMP and Police Dog Services, executed three search warrants on properties in Lake Country and Penticton. This search stemmed from an investigation that began on December 8th, 2021, when the Target Team began to investigate thefts of heavy equipment throughout the Southeast District.

During these searches, officers recovered a significant amount of equipment and items that included nine trailers ranging from utility to travel trailers, a CAT skid steer, a utility task vehicle, tools, and 18 firearms as well as a cross bow were also recovered. The estimated value of the stolen property is $300,000.00. A 28-year-old man from Lake Country was arrested without incident. The following charges under the Criminal Code and Motor Vehicle Act will be recommended to the BC Prosecution Service:

The second seizure occurred on January 19th, 2022, when the Kelowna RCMP Drugs and Organized Crime Section executed a search warrant at a residence in the 3000-block of Elliott Road in West Kelowna. This search stemmed from an investigation that began on January 6th, 2022, into a suspect who was believed to be in possession of prohibited weapons.

A 49-year-old man was arrested on scene without incident. The following charges under the Criminal Code and the Controlled Drugs and Substances Act will be recommended to Public Prosecution Service of Canada: 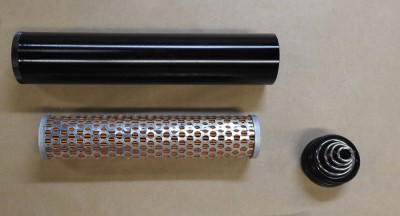 The most recent seizure occurred on January 21st, 2022. Kelowna RCMP frontline officers responded to a complaint of a man driving a vintage-style dirt bike at the intersection of Gordon Drive and Clement Avenue.

When officers arrived on scene, they determined the dirt bike had been stolen earlier that morning during a break and enter into a business on Clement Avenue. The driver was arrested for being in possession of stolen property and upon further investigation, officers also recovered cheques and electronics that had been stolen during the break and enter.

A 37-year-old man was remanded into custody and the following charges will be recommended to the BC Prosecution Service:

These are just three examples of the outstanding work performed by our officers this month, said Superintendent Kara Triance – Officer in Charge of Kelowna Regional Detachment. We are committed to keeping our communities safe by reducing property crime and bringing prolific offenders before the courts.

The Kelowna Regional RCMP thanks our law enforcement partners for the assistance they provided in the recovery of stolen property and weapons as well as the arrest of high-risk individuals within the Central Okanagan.