Kelowna RCMP is attempting to identify the owner of a tool box that has been recovered.

On November 18, 2021 at 8:35 a.m., Kelowna RCMP officers responded to a report of suspicious man in the area of Doyle Avenue and St. Paul Street. While speaking with the man, officers saw the man was in possession of a new Norco mountain bike, as well as a large Milwaukee tool box. As the man was not able to show proof of ownership and officers believed these items to be stolen, they seized the bike and tool box until further investigation could be conducted.

In an attempt to identify the owner of the bike, officers brought it to a local bike store. The store was able to assist as they had record of the owner on file because it had purchased there earlier this year. The bike was valued at $800.00 and the owner had not reported it as stolen, because they were not aware it was missing.

The Kelowna RCMP is trying to identify the owner of the tool box. It is a Milwaukee Packout Modular Tool Box Storage System valued at over $300.00. When it was recovered, there were tools inside of it as well as a few unique items that only the owner would be able to identify, said Cpl. Tammy Lobb. We would like the owner to contact us so we can return their property to them. 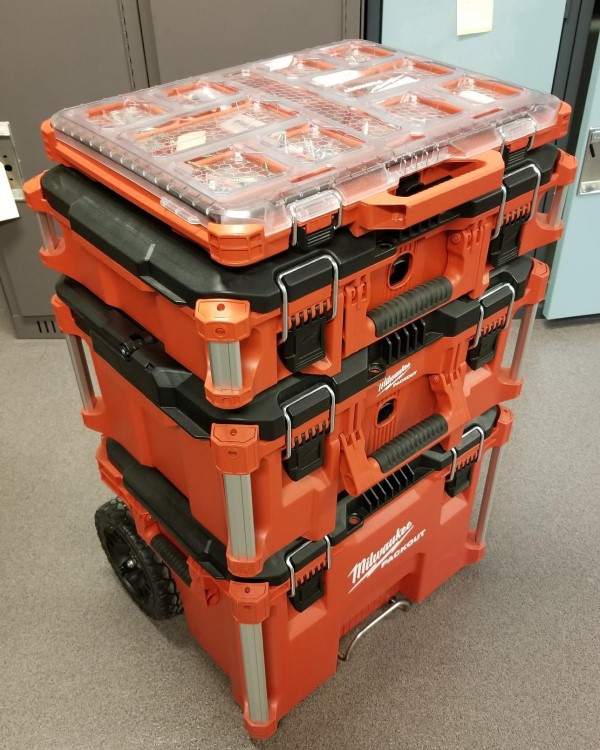 This investigation is on-going.

Please see the attached photo of the tool box.

If you are the owner of the tool box or anyone with any information as to who the owner may be, please email the Kelowna RCMP at E_Kelowna_General_Enquiries@rcmp-grc.gc.ca or remain completely anonymous by calling Crime Stoppers at 1-800-222-8477 or by leaving a tip online at www.crimestoppers.net