Kelowna – Kelowna RCMP is publicly identifying the woman discovered deceased on September 19th in order to advance the ongoing investigation into the circumstances surrounding her suspicious death.

On September 19, 2021 just after 7:00 a.m., Kelowna RCMP was called to the intersection of Highway 33 West and Nickel Road. When officers arrived, they located the body of a deceased woman whose death is believed to be suspicious. The deceased has since been identified as 41-year-old Krystal Moyan of Kelowna.

RCMP and the BC Coroners Service continue to investigate the circumstances which surround Krystal Moyan’s death, as police work to establish a timeline.

Retracing Krystal’s movements leading up to her death is one of the priorities for our investigators and we urge anyone who may be able to assist us with this to contact us immediately, states Cst. Solana Paré of the Kelowna RCMP. In particular, we are looking to speak with anyone who saw or spoke with Krystal on the evening of Saturday, September 18th and the morning of Sunday, September 19th. We are also appealing to the public for dash camera footage from anyone who may have been traveling on Highway 33 near Nickel Road on September 19th between midnight to 7:00 a.m. 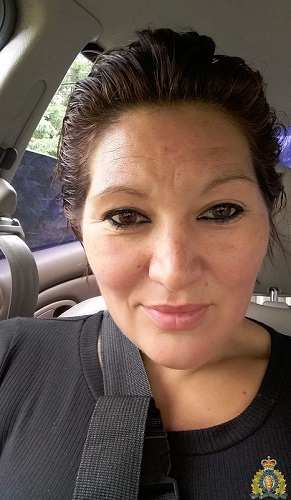 Anyone with any information is asked to contact the Kelowna RCMP at 250-762-3300 or remain completely anonymous by calling Crime Stoppers at 1-800-222-8477 or by leaving a tip online at www.crimestoppers.net.