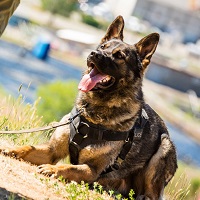 Kelowna – A man is in custody after Kelowna RCMP responded to a report of an assault with a weapon at a residence in Kelowna.

On September 3rd, 2021 just before 12:00 p.m., Kelowna RCMP received a report of an assault with a weapon inside a residence in the 300-block of Bach Road in Kelowna and that the male suspect fled the property on foot prior to police arrival.

Emergency Health Services treated the victim for minor, non-life threatening injuries at the scene. The male suspect remains in police custody at this time and faces a number of potential charges. Due to the nature of the ongoing investigation, no further information will be released.