On Wednesday, June 9, 2021, RCMP received information of a man with multiple warrants who was staying in a trailer park outside of Terrace. The man’s warrants included charges for Dangerous Operation, Assault, Assault with a weapon and Mischief.

A warrant was obtained to gain access to the man’s home and make an arrest. When officers arrived at the trailer park, entry was made and the man was safely taken into custody and transported to Terrace RCMP cells for processing. Further investigation into firearms offences led to the seizure of two firearms, a variety of ammunition, and approximately 2 kilograms of methamphetamine. 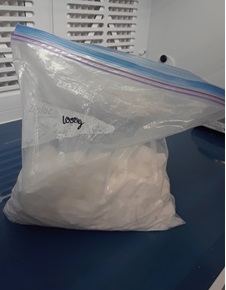 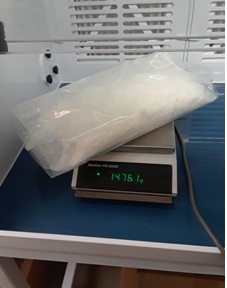 The man was released by the courts on nine outstanding charges in relation to the arrest warrants. Police will be further investigating the firearms and drug offences for the possibility of additional charges.

If you have information about crime contact the Terrace RCMP at (250)638-7400 or anonymously through Crime Stoppers by telephone at 1-800-222-TIPS, online at www.terracecrimestoppers.ca.