Type and number of files:

Enhanced Traffic enforcement on Hwy 99 and Emerald Drive in Whistler

Whistler RCMP members have been paying extra attention to the stretch of Hwy 99 between Autumn Drive and Emerald Drive due to reports of motorists speeding and unsafely passing on the shoulder while vehicles are making a legal left hand turn. Cpl Miller would like to urge motorists not to pass vehicles on the shoulder of the road. Motorists passing on the shoulder is illegal and dangerous as many pedestrians cross the highway in that area. Be patient and wait a few seconds for the vehicle ahead of you to make its turn before you proceed Whistler RCMP will be conducting traffic enforcement in area. Passing a vehicle on the right side of the road is an offence under the BC Motor Vehicle Act: Passing right off road way Section 158(2)(b) for a fine amount of $ 109. If you observe a motorist speeding or passing on the shoulder, please contact the Whistler RCMP non-emergency line.

Cpl Miller would like to thank RCMP members’ for their proactive traffic enforcement. Whistler RCMP issued a 24-hour driving suspension, a 3-day driving prohibition, and two 90-day driving prohibitions during the past week. Cpl Miller would like to remind the public that if your activities involve alcohol, plan ahead for a safe ride home. Leave your car overnight and consider taking a taxi, transit, using a ride-hailing service, or call a friend.

On March 26, 2021 at 12:30 AM the Pemberton RCMP conducted a traffic stop at Hwy 99 and Portage Rd for a broken windshield. During the traffic stop it was learnt that the driver was prohibited from driving. Subsequently the driver was arrested for driving while prohibited and released on court documents. Further investigation led to the arrest of the three other occupants of the vehicle. RCMP members seized the following weapons from the vehicle: 2 bear spray, nun-chucks, knives, 2 batons, brass knuckles. Drugs and drug paraphernalia was located and seized: 34.04 grams of methamphetamine, 80 grams of marihuana, 10.93 grams Fentanyl, 0.24 grams of heroin, along with various drug paraphernalia. $670.00 in Canadian currency was also seized. Occupants were later released on court documents pending charges of Trafficking Methamphetamine, Possession Cannabis to sell, and Possession of Methamphetamine. 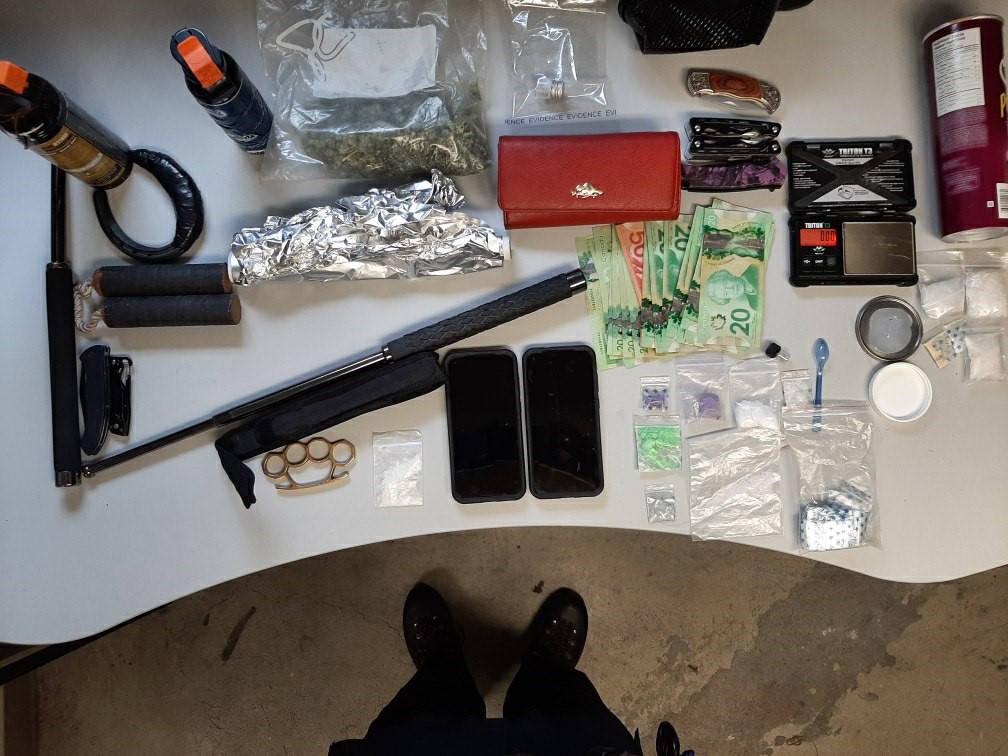 On March 28th, 2021 at 2:15 AM The Pemberton RCMP pulled over a vehicle on Portage Rd due to a smashed out window. During the traffic stop drug paraphernalia was observed and the occupants of the vehicle were arrested for Possession of a Controlled Substance. RCMP conducted a search of the vehicle incidental to arrest, which resulted in several break-in instruments being seized. The occupant of the vehicle was later released on court documents for one count of Possession of Break-in Instruments contrary to S. 351(1) of the Criminal Code.