Five years later, Caitlin’s loved ones deserve to know what happened to their beloved Caitlin: RCMP

It has now been five years, that Caitlyn’s family has suffered without answers following the sudden and unexplained disappearance of their beloved loved one in 2016. 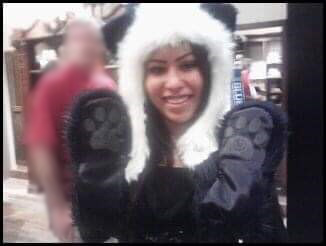 As the police investigation into Caitlin’s puzzling disappearance progressed, investigators believed that criminality was involved and therefore the RCMP Southeast District Major Crime Unit (MCU) became involved and ultimately took over carriage of the file.

In April of 2017, major crime investigators released a clip captured from video surveillance at the Orchard Park Shopping Centre on Harvey Avenue in Kelowna. The video surveillance footage showed Caitlin as she entered into the Hudson’s Bay retail store on February 21, 2016.

Over the past 5 years Major Crime investigators have received, analyzed and investigated 25 public tips and pursued hundreds of investigative leads in the case, states Supt. Sanjaya Wijayakoon, Operations Officer of the BC RCMP Major Crime Section. Although Caitlin has not been found yet, the Southeast District Major Crime Unit remains committed to finding out what has happened to Caitlin so that we can provide answers to her friends, family and loved ones, adds Supt. Wijayakoon.

The Major Crime team met personally this past week with Caitlin’s mother, Priscilla Potts, who has renewed her plea for information surrounding the disappearance of her daughter.

As with all investigations, our officers are committed to following any information that may lead to answers as to what has happened to Caitlin. We are continuing to look for new information and ask that anyone with any information on this case to immediately contact the Southeast District Major Crime Unit information line at 1-877-987-8477.

Or if you would prefer to remain completely anonymous, you can share your information with BC Crime Stoppers by calling 1-800-222-8477.