The family and loved ones of Ben Tyner are renewing their public plea for information, as January 26, 2021 will mark two years since Ben Tyner disappeared from the Merritt area. 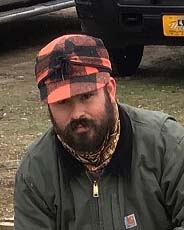 Ben’s rider-less horse, discovered on a logging road off Highway 97 near Winnie Flats, prompted a large scale search effort, which spanned multiple days and involved countless police and search and rescue resources. Merritt RCMP was supported early on in its investigation by the BC RCMP Southeast District Major Crime Unit, who maintains conduct of the still ongoing investigation into Ben Tyner’s disappearance.

Today, Ben’s parents continue to suffer with the unexplained loss of their son. Desperate to find answers to the questions they’ve been asking for years, Jennifer and Richard Tyner, renew their plea for tips.

The investigation into the disappearance of Ben Tyner continues to be diligently led by the RCMP Southeast District Major Crime Unit. To date, numerous investigational avenues have been explored, and in order to protect the ongoing investigation police are unable to share those findings publicly at this time. However, based on those findings, major crime investigators have reason to believe that criminality was involved in Ben Tyner's disappearance, and is the victim of a homicide, states Cpl. Jesse O’Donaghey, spokesman for the BC RCMP in the Southeast District.

The Tyner family is offering a private reward in the amount of $15,000 for information that leads to the location of their beloved son Ben, and to the arrest and conviction of the person or persons responsible for his death. The monetary reward is offered and will be managed solely by the Tyner family, not the Royal Canadian Mounted Police.