14 year old Desmond Peter was reported missing in March 2007. Prior to his disappearance, Desmond Peter had been seen at the old Malaspina College in Duncan, BC, on Cowichan Way near the Trans Canada Highway. There had been reported possible sightings of him in and around the Central Vancouver Island area subsequent to that, however, none of them have been confirmed. Friends and family have worked tirelessly to get answers as to his whereabouts.

Desmond Peter is a First Nations male who would now be 24 years old. At the time of his disappearance he was 5'6", with brown eyes, dark brown hair with some facial stubble. He was known to wear a dark coloured hoodie which he pulled up to conceal his face and was known by other names; Desi, Desmond Louie and Casey Louie. 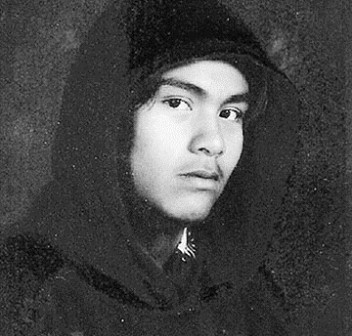 View Larger Image
This is an open investigation into his disappearance. The RCMP, with the assistance of Cowichan Valley Search and Rescue have conducted land, air, and water searches of the areas where it is believed he may have reasonably been before he was reported missing. Local hospitals and shelters remain negative for any contact with Desmond Peter.

The RCMP, the Canada Missing Children's Society, Cowichan Tribes, friends and family, are all working together to uncover any information that may lead to Desmond Peters' whereabouts.

Anyone with information as to the whereabouts of Desmond Peter is asked to contact North Cowichan/Duncan RCMP at 250-748-5522 or Crime Stoppers at cowichancrimestoppers.com; you can TEXT a tip by typing COWICHAN plus your TIP to 274637, or call 1-800-222-8477.