The RCMP is asking for the public’s assistance in locating a West Kelowna man who has been charged with failing to comply with a release order.

On May 5, 2022, the West Kelowna RCMP received a report that a man had allegedly failed to comply with conditions of his release. The man fled the location he was reported to be at before police could locate him, and since then there have been several sightings of him in the area of Gellatly Road.

24-year-old Aidan McLuskey has been charged with failing to comply with conditions of his release order and a warrant has been issued for his arrest. 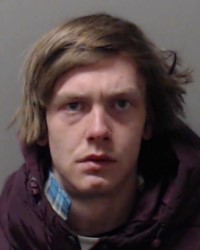 The West Kelowna RCMP, along with assistance from Police Dog Services and Air Services, has conducted several searches of the area as officers continue to follow-up on tips from the public, states Cpl. Tammy Lobb, Media Relations Officer for the Kelowna RCMP. If you see Aidan McLuskey, do not approach him and call 9-1-1 immediately, Lobb added.

To remain completely anonymous, call Crime Stoppers at 1-800-222-8477 or leave a tip online at www.crimestoppers.net